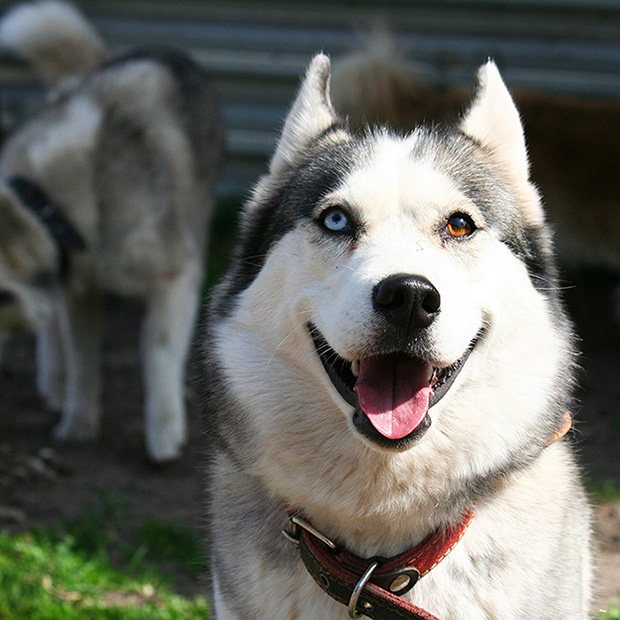 Have you ever seen someone with eyes that are two different colors?

This fascinating trait is called heterochromia, and only six people in a thousand have it. It can happen in different ways and for different reasons. Even if you haven’t seen someone with different colored eyes, you’ve likely seen an odd-eyed dog or a cat. But how does such a strange-looking thing happen?

Most of the time, heterochromia is simply congenital (meaning the result of genetics) and caused by a benign mutation affecting the way melanin (pigment) develops in the irises. A few famous examples of congenital heterochromia are Mila Kunis, Jane Seymour, Simon Pegg, and Anthony Stewart Head.

People who weren’t born with heterochromia might still develop it, as it can also be caused by trauma (due to injury or surgery) or disease (such as diabetes, eye tumors, or glaucoma). Acquired heterochromia might look as interesting as congenital heterochromia, but it often indicates the eye is damaged or unhealthy. The most famous example of it is David Bowie, whose left iris remained permanently dilated after an injury, giving him the appearance of having different colored eyes.

Central heterochromia is more common than the other types, but not nearly as visually striking. It happens when the irises match each other but have a ring of a different color around the pupils. For instance, someone with blue eyes might have a thin ring of hazel or brown around their pupils.

If you notice a change in the color of one or both of your eyes (particularly if you weren’t born with two different eye colors), it’s a good idea to schedule an appointment so we can discover the cause, in case it’s due to damage from an injury or the symptom of a health condition.

We love the unique eyes of all of our patients!

The content on this blog is not intended to be a substitute for professional medical advice, diagnosis, or treatment. Always seek the advice of qualified health providers with questions you may have regarding medical conditions.

You can schedule your next eye exam with us online!

Let's continue the conversation over on your social network of choice.